After a clip of aespa member Giselle mouthing the n-word resurfaced, the idol took to Twitter to release an apology. However, her apology is currently receiving mixed opinions from the black community, especially from MYs (aespa fandom).

On October 23, SM Entertainment published a behind-the-scenes video for jacket shoot for Savage. During the video, Giselle, Karina, and Ningning danced and sang to SZA’s Love Galore. While viewers were initially happy to see the three girls having fun, many were enraged when Giselle leaned in closer to the camera and mouthed the n-word.

Viewers were enraged that Giselle had mouthed the racial slur, as she studied in an international school and is fluent in English. Additionally, she had previously censored herself when singing Doja Cat’s Tia Tamera, which meant it is highly likely that Giselle is aware of the word’s tragic history and why non-black people should not say the word.

Viewers took to social media, sharing the video to Twitter and sending mass emails to aespa and SM Entertainment, demanding an apology. Following the backlash, SM Entertainment privated the video from their YouTube channel.

On October 25, Giselle took to aespa’s official Twitter account to release a brief apology. In her statement, she apologized for mouthing the “wrongful word” from the lyrics of the song that was playing on the set. She stated she had no intentions of mouthing the way with any ill-intent and that she just got carried away when one of her favorite artist’s songs was played. 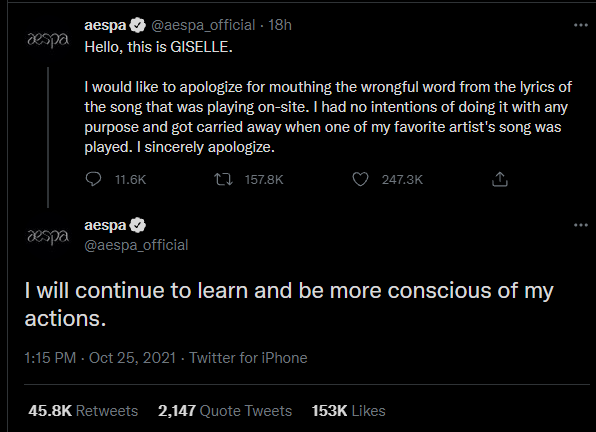 She stated that she would continue to learn to be more conscious of her actions.

Giselle’s apology was not accepted by all. Some believed that her apology should not be accepted because it implies that she does sing or use the N-word and just slipped up on camera, with people citing the phrase “got carried away” as the proof.

In addition, others did not want to accept her apology because she did not explicitly say that she used a racial slur. 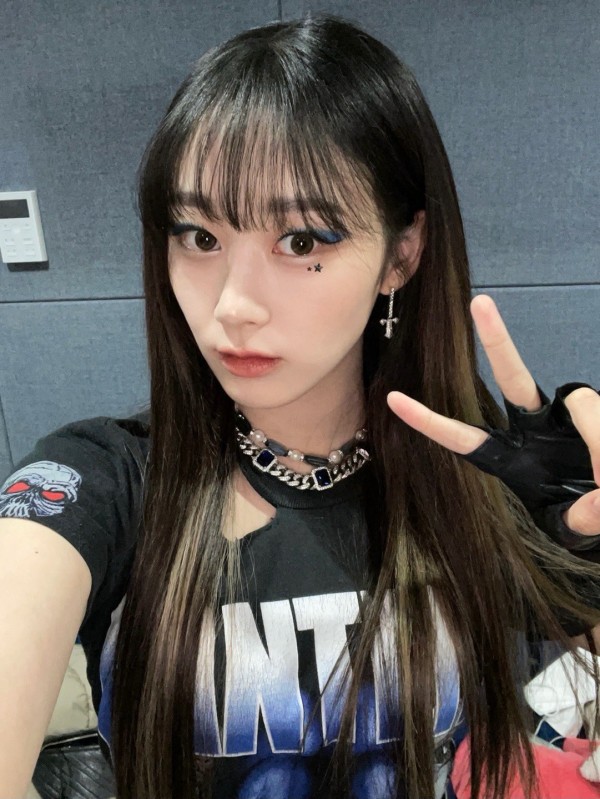 Others were upset that Giselle’s apology was being accepted by non-black fans. People took to Twitter to remind the fandom that only the black community had the right to accept Giselle’s apology, as they were the ones who were hurt by her actions.

However, many also accepted her apology. It was noted that most K-pop idols who are embroiled in racism allegations do not apologize, mainly because their company does not allow them to speak up on the matter. It was noted that SM Entertainment usually does not allow their artists to comment on situations like this, so it was shocking that Giselle was able to release a statement on the matter. 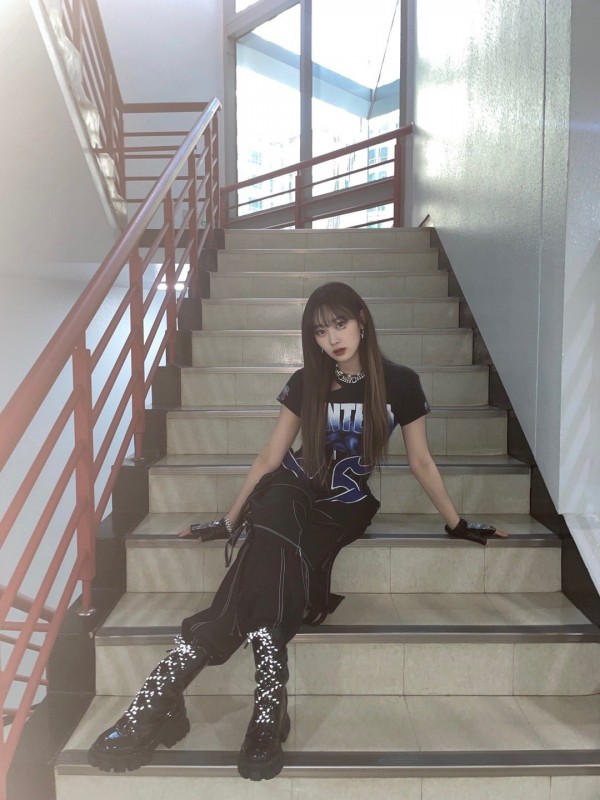 TWICE Momo Net Worth — How Rich is the ‘Alcohol-Free’ Songstress?