Fans are demanding an apology from Oliver Tree after the American singer used the late Jonghyun’s funeral photo for his promotions in the past.

On October 11, KST, American singer-songwriter Oliver Tree became a topic of discussion within the K-Pop community once again after the time he used the late SHINee member Jonghyun’s funeral photo for one of his promotions in the past was brought up again.

Back in 2019, Oliver Tree – who became popular for his song “When I’m Down” – had shared a post on his official Youtube Community tab, which features a photo of him photoshopped onto Jonghyun’s funeral photo to promote one of his tours “Goodbye Farewell Tour,” along with the caption in all caps “Rest in peace sweet bowl cut.” 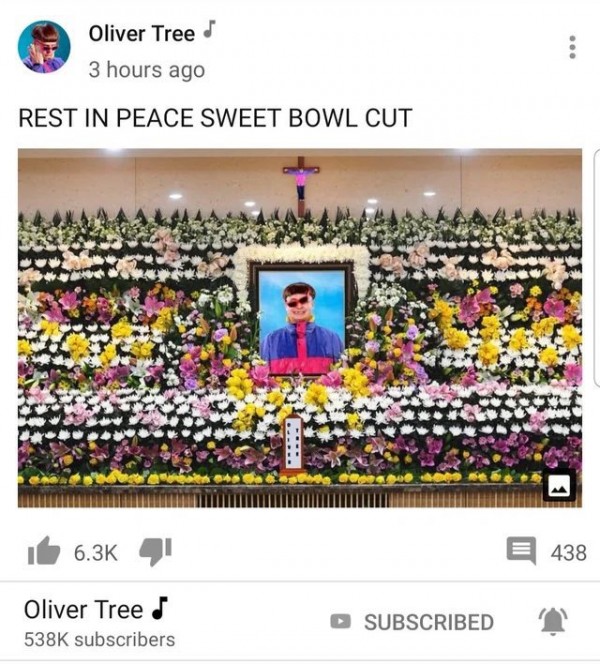 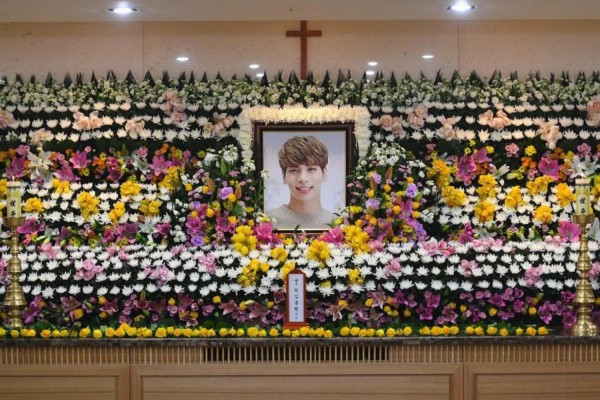 Following the post, Oliver Tree received major backlash from the K-Pop community and subsequently deleted the said post after an hour of publicizing it.

In light of the backlash back in 2019, Oliver Tree promoted the hashtag “#OliverTreeIsOverParty,” promising his fans the release of his new song when the hashtag trends. In addition, he posted “OLIVER TREE LOVES KPOP!”

At that time, Oliver Tree had not issued an official apology over his problematic post, leading the K-Pop community to trend the hashtag “Apology_OliverTree” on Twitter as of October 2021 to demand a proper and sincere apology, as well as raised numerous points regarding his disrespect of the situation.

Oliver Tree Apologizes Over Use of SHINee Jonghyun’s Funeral Photo

Following the continuous backlash and the resurfacing of the issue, Oliver Tree finally took to his personal Instagram account to deliver his apology a week after it resurfaced through his Instagram Stories.

He starts off by saying, “In regards to the Jonghyun photo, I want to apologize to him and everyone who was hurt by the image that was posted on my account years ago. I had no intention of hurting anyone.” 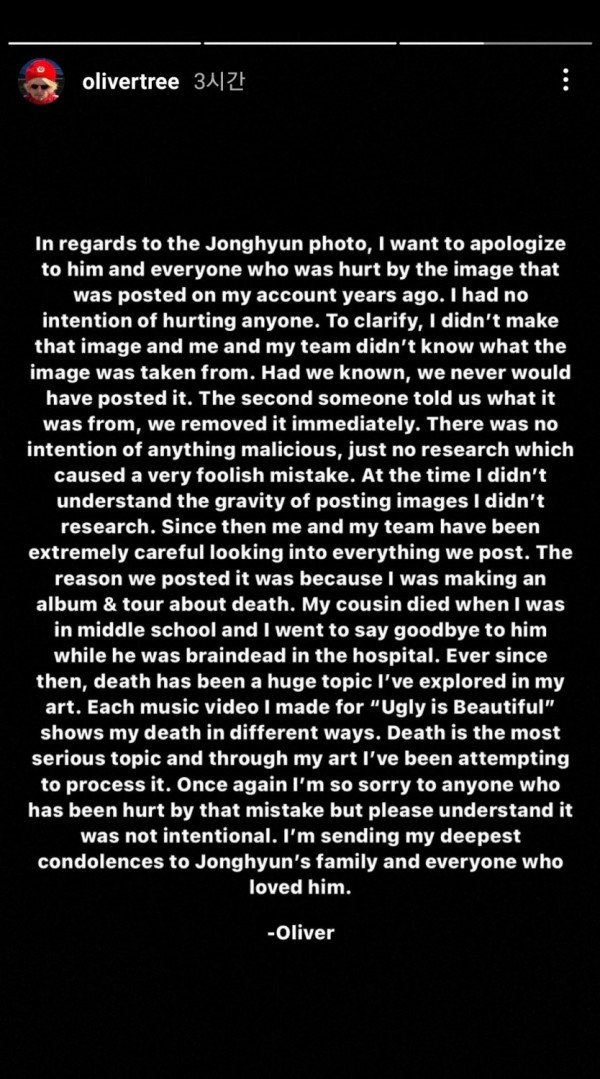 “To clarify, I didn’t make that image and me and my team didn’t know what the image was taken from. Had we known, we never would have posted it. The second someone told us what it was from, we removed it immediately. There was no intention of anything malicious, just no research which caused a very foolish mistake,” he said.

Oliver Tree went on to explain the reason for using the photo, which was due to his album and tour centering on the topic of death, and that “death has been a huge topic he’s explored in his art.”

However, Oliver Tree’s apology was not well received by fans, with many accusing the singer of turning the situation about him and that his apology was insincere as it was only issued after being called out.

What will be B.I.’s Next Move after Receiving a Sentence of 4-Year Probation? IOK Company Issues Official Statement