BLACKPINK Jennie Gains Attention… for a Grain of Rice

BLACKPINK member Jennie was already making headlines for her appearance at Incheon Airport, but now, even more, attention is being brought to the idol. Why? Because of a grain of rice! Keep on reading for all the details.

Why is BLACKPINK Jennie Gaining Attention for a Grain of Rice?

On October 24, BLACKPINK member Jennie was seen at Incheon Airport, leaving Seoul, South Korea, for Los Angeles, the United States. Several reporters and fan sites were present at the airport to snap photos before the idol left, and pictures were shared of Jennie on this day. 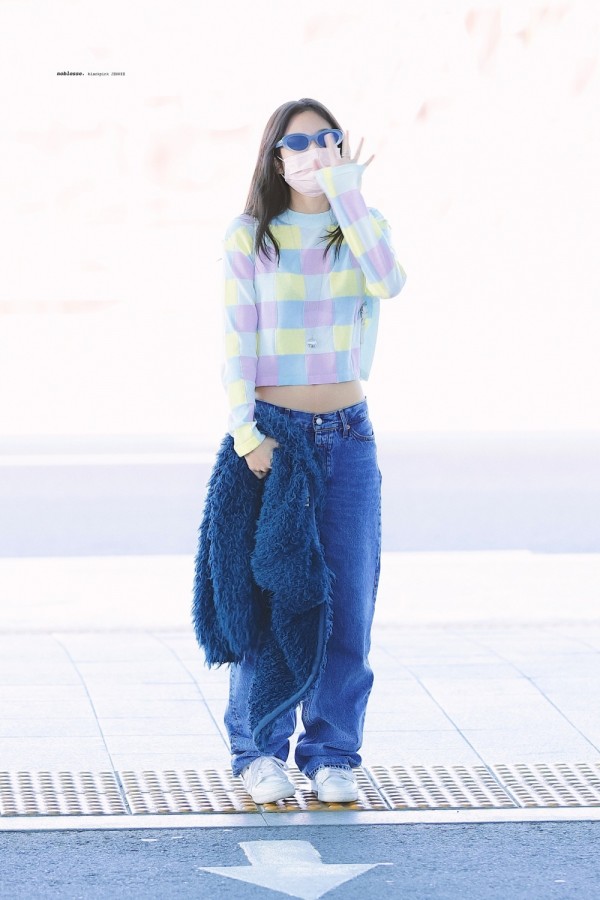 On October 26, a user on an online community forum shared a post concerning Jennie’s departure from Seoul. The post included a photo of Jennie posing for the camera, winking, and throwing up a peace sign at a camera. However, that is not what caught people’s eye.

Jennie was seen wearing a $248 Maison Kitsumé cropped sweater paired with Calvin Klein jeans. She accessorized her outfit with jewelry from Chanel and Loquet. While her outfit did catch some people’s eyes, many soon noticed that a tiny grain of rice was stuck to the bottom of Jennie’s top! 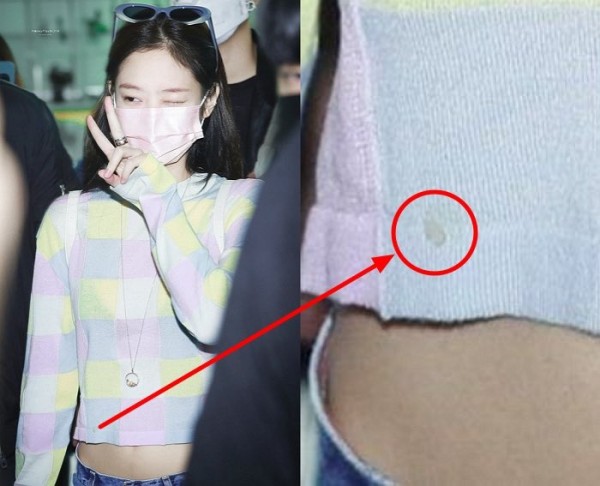 The rice is so small that most people would not spot it. However, now that is has been brought up, it is almost impossible to not notice the small grain of rice in Jennie’s other photos from the airport!

Many found it humorous how Jennie was leaving Seoul and heading to a different country with a piece of rice of her clothes. Some of the reactions internet users had to the situation include, “I think Jennie ate a lot of rice,” “She is so cute, like a baby cat,” “Jennie is human too,” and “By looking at the color, I think Jennie ate seollengtang.” 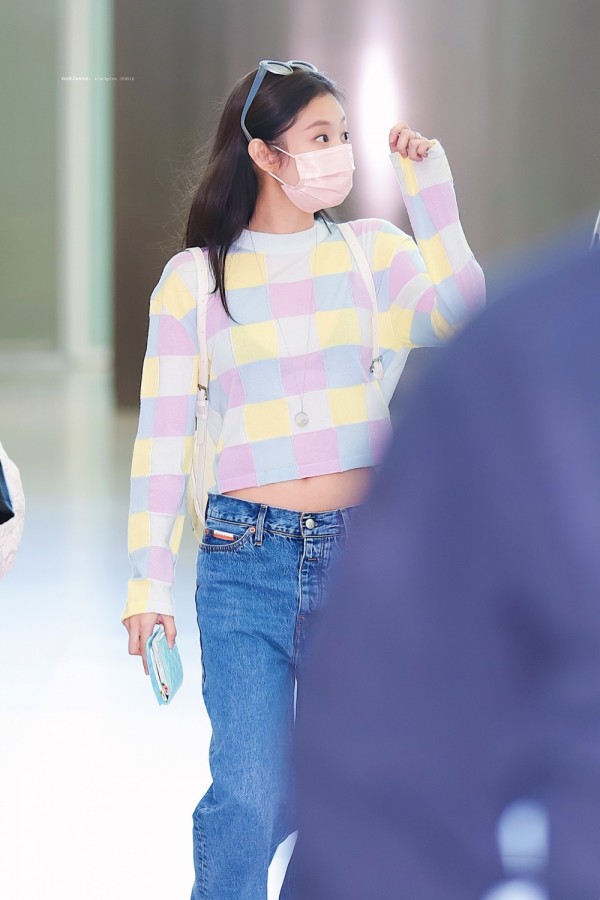 On October 24, Jennie was seen leaving Seoul, South Korea, for Los Angeles, the United States. While it is unsure why the idol was leaving the country, some speculate the idol will be working on new music in the United States. Additionally, many believe she could be collaborating with Western artists, such as Doja Cat and Normani, though these have not been verified. 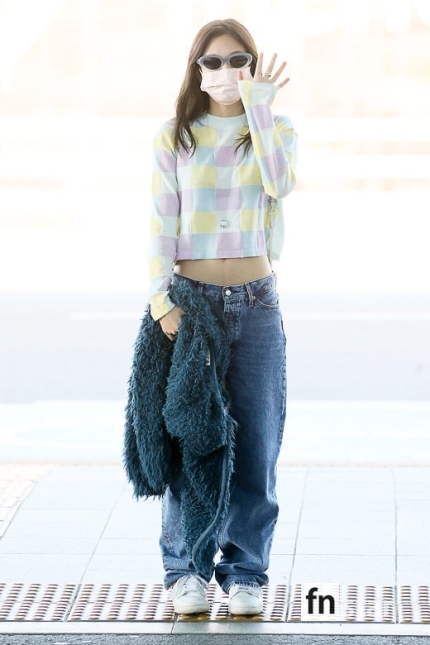 On October 5, 2021, Jennie appeared at Chanel’s Spring/Summer 2022 Fashion Show in Paris, France. This marks Jennie’s first official overseas schedule in nearly two years. The idol first arrived in Paris, France, on September 29. Then, she left the country and returned to Seoul on October 7.

Mnet choose the female idols who are always beautiful no matter the situation: TWICE has 2 members in the same rank