BLACKPINK Lisa will be releasing a collab single, titled “SG,” with DJ Snake, Ozuna, and Megan Thee Stallion, and fans are more excited about it after learning that Lisa is one of the songwriters and composers of the song. 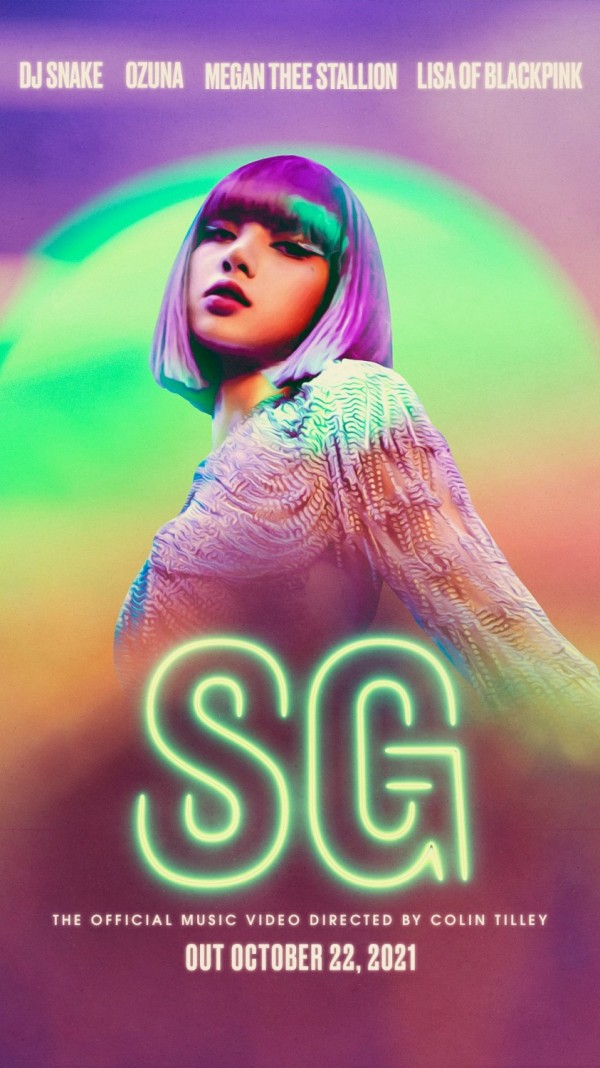 On Oct. 21, more information about “SG” particularly the credits were revealed on various streaming platforms as the song is being prepared for its official release.

It was found out that BLACKPINK Lisa took part in the songwriting and composing, heightening the excitement of fans to hear the collaboration single. 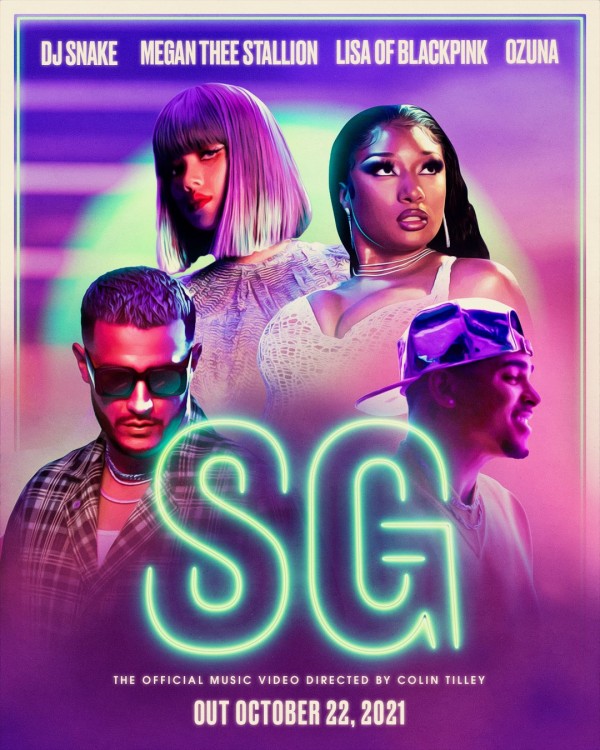 And, under the composer section, BLACKPINK member Lisa was named alongside the four aforementioned artists, Major Seven, Yampi, Lewis Hughes, and more.

“SG” will be Lisa’s first-ever collaboration as a solo artist. She previously teamed up with other singers as a BLACKPINK member. After discovering this, fans expressed their excitement about the official release of “SG” on Twitter, as well as how proud they are of BLACKPINK Lisa.

SO PROUD OF YOU LISA!!! 😭🔥
so happy she is also credited
This is all what she deserves!!!

Lisa singing and having writing credits in the SOLM collab. I see why yg delayed it for long, they really don’t wanna see her shining and getting what she deserves . The best girl will always win and her name is LISA#SG       #SOLM        #Sxygirl       #SnakeOzunaLisaMegan pic.twitter.com/bkRmz8mrc0

Meanwhile, on Oct. 20 local time, DJ Snake released a teaser poster for the “SG” music video, which was directed by Colin Tilley.

The popular musician and producer also shared a behind-the-scenes video of him along with BLACKPINK Lisa, Megan Thee Stallion, and Ozuna filming the “SG” MV, which you can watch below!

In other news, BLACKPINK member Lisa is also gearing up for the official launch of her first collab with MAC Cosmetics.

According to MAC Cosmetics on Oct. 22, the upcoming new makeup collection will be designed by LISA and created by them. They added that the collection will feature all of the idol’s favorite products as well as new shades inspired by what the BLACKPINK member loves the most.

Along with these pieces of information, MAC Cosmetics shared a teaser image of BLACKPINK Lisa. The K-pop idol is seen in blonde hair with rose gold sparkling eyeshadow matched with a winged eyeliner. To complement the color of her eyes, Lisa’s lips are shaded in a hot pink hue.

Fans and makeup lovers can expect the makeup collection to include lipsticks, a highlighter, an eyeshadow palette, eyeliners, a blush and more, as teased by @trendmood1 on Instagram.

Representatives of MAC Cosmetics previously announced that they will launch the new collection with BLACKPINK Lisa globally. They are yet to release more details about the upcoming collaboration.

FOR THE LOVE OF LISA 💜! We’re pumped to finally announce Lisa from Blackpink as the newest face of M·A·C Cosmetics. We’ve got so many major surprises in store for our new Global Brand Ambassador. So, sign up for our emails to stay up-to-date on all things Lisa! #MACLOVESLISA pic.twitter.com/fjfOENHisZ

Since October 2020, Lisa has been endorsing MAC Cosmetics as a global ambassador. The company’s senior vice president and global creative director Drew Elliott described the BLACKPINK member as someone who is “always confident and never one to shy away from risks.”

Lisa is the first female K-pop idol to become the face of MAC Cosmetics.