The name is used by anti-fans.

BTS fans are calling for HYBE to respect Jimin, following the release of a behind-the-scenes video.

A subtitle in the video is now causing a stir among both K-ARMY (BTS’s Korean fans) and I-ARMY (BTS’s international fans). In this scene, the nickname “Chicken Jimin” (“닭지민” or “Dalg Jimin“) was included. 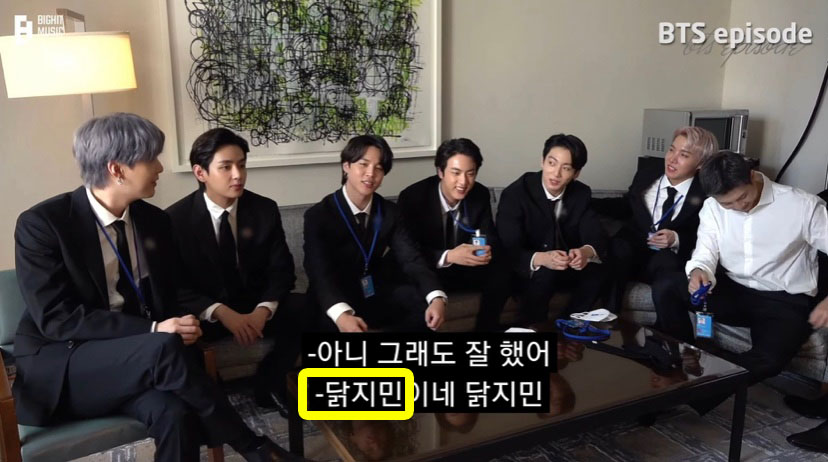 While it’s not uncommon for HYBE to use BTS’s nicknames in subtitles, this particular nickname has unpleasant origins. Jimin’s anti-fans have been known to use “Chicken Jimin” to disparage the star online.

Apparently on the new Bangtan Bomb, the subtitles in Korean provided by HYBE put in the subtittles instead of 🐥’s name, a nickname used by an/tis and h@te blogs. We want the subtitles fixed and the employee repreended.

As such, ARMY is now trending “HYBE RESPECT JIMIN” to express their frustration, in the hopes of correcting the subtitle and preventing “Chicken Jimin” from appearing in future BTS content.

Who needs an a/nti when Hybe staff do exist. Please do your job responsibly and stop feeding all the a/ntis with your irresponsible subtitles. Fix or remove this video, you are supposed to be protecting your artist and not mocking their names. HYBE RESPECT JIMIN.@HYBEOFFICIALtwt