An interaction no one expected, ARMYs goes into a frenzy after V was spotted flirting with Olivia Rodrigo at the Grammys!

On April 3 local time, the seven BTS members graced the 64th Grammy Awards with their stunning red carpet appearance and exciting performance of “Butter.” They showcased a never before seen dance break at the event.

BTS’ attendance at Music’s Biggest Night was filled with numerous unforgettable moments from the members and their time at the Grammy Awards. Their interaction with other celebrities present caught the eyes of both fans and non-fans! 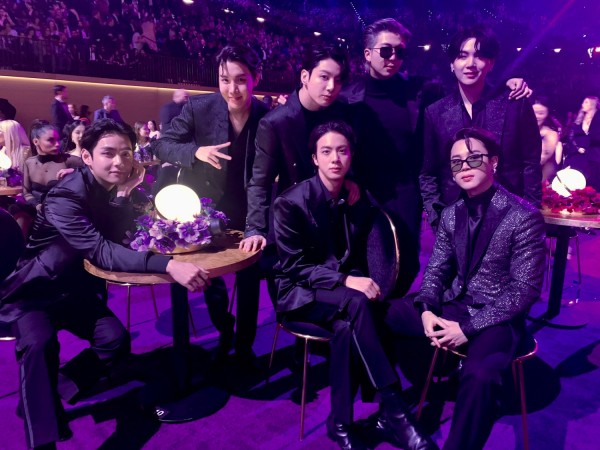 During the intro for BTS’ performance for “Butter,” each of the members were given some on-screen time to act out their skit. Jin can be seen sitting on a chair surrounded by computers; Jungkook flying down from the ceiling with the same pole he used for “Euphoria,” and J-Hope, Jimin, RM, Suga, and V sitting with the other celebrities in the sitting area.

However, unlike the other members who got a quick on-screen time for the intro, V had a longer screen time. It showed him and “Driver’s License” singer Olivia Rodrigo interacting with each other! 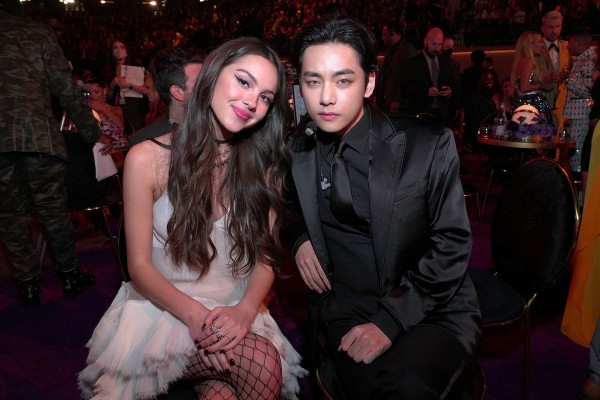 As part of the skit for “Butter,” V sat next to the American singer and focused all his attention on her. They seem to be lost in their own bubble. He also leaned in close to whisper something, which “shocked” her.

After 18 seconds of what has now been dubbed as “The Moment” by media outlets, V then whips out a card and threw it towards Jungkook on stage. This signaled the start of their performance.

Numerous ARMYs could not help but be surprised with the unexpected interaction between the two.

Quickly, several keywords relating to V and Olivia Rodrigo trended at the top of Twitter’s realtime trends, such as “Taehyung and Olivia,” “You betrayed me,” “Traitor,” and “Kim Taehyung,” among several others.

Some reactions from fans who witnessed “The Moment” read: “I thought JEON JUNGKOOK was the INTERNATIONAL PLAYBOY it was actually KIM TAEHYUNG???”

“I’m still processing this Kim Taehyung x Olivia Rodrigo’s moment. Taehyung is so hot and I wish I was her,” and similar others.

While we do not know what V actually whispered to Olivia Rodrigo, many fans could not help but turn it into a meme. Fans speculated that V told the young singer that “RM hyung doesn’t have a drivers license.”

Verified media outlets like Variety, Rolling Stone, MTV, and more also couldn’t help but gush at the interaction as well.