Amid all the memes on what V said to Olivia Rodrigo in their viral skit at the 2022 Grammy Awards, the idol finally reveals what he actually said!

Back on April 3, BTS made headlines after appearing dapper at the red carpet of the 2022 Grammy Awards at the MGM Grand Garden Arena in Las Vegas, and later turning the ceremony into their own concert after performing their 2021 hit summer release, “Butter,” which featured a never-before-seen dance break.

BTS was also nominated for the Best Pop Duo/Group Performance with “Butter,” with the award being won by fellow nominees Doja Cat and SZA’s collaboration track “Kiss Me More.” 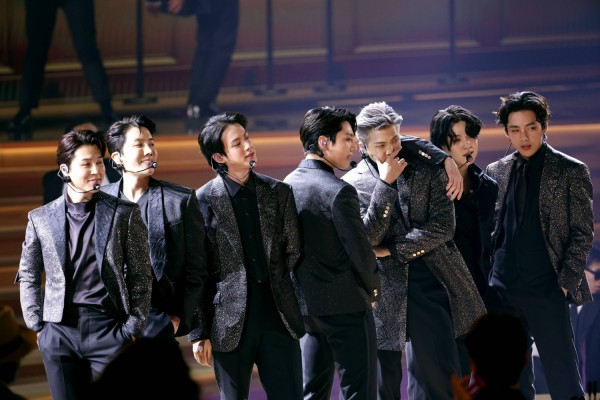 While there were numerous memorable moments of BTS at Music’s Biggest Night, one that particularly shook the interest was member V’s viral video with American singer and Best New Artist winner Olivia Rodrigo.

Dubbed as “The Moment” by numerous media outlets, V and Olivia Rodrigo showcased their acting chops for BTS’ intro to their “Butter” performance.

Here, the BTS member can be seen closely interacting with Olivia Rodrigo, which many labeled as “flirting.” During the skit, V can also be seen whispering something to the American singer. 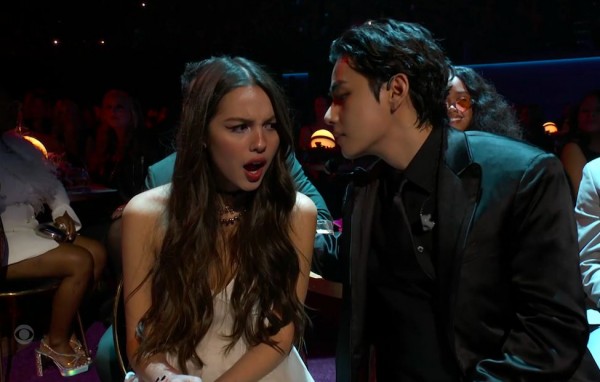 BTS V Reveals What He Whispered to Olivia Rodrigo in Skit

See also  aespa, Stray Kids, & More to Perform at the 2021 K-pop World Festival - Here's Where You Can Watch

In fact, photos and videos of the viral moment quickly spread across online communities, and was even turned into a meme!

ARMYs couldn’t help but poke fun at what V could have possibly said to Olivia Rodrigo at that time, and came up with different and witty scenarios. Numerous ARMYs even joked that V whispered to the singer that “RM doesn’t have a drivers’ license.” 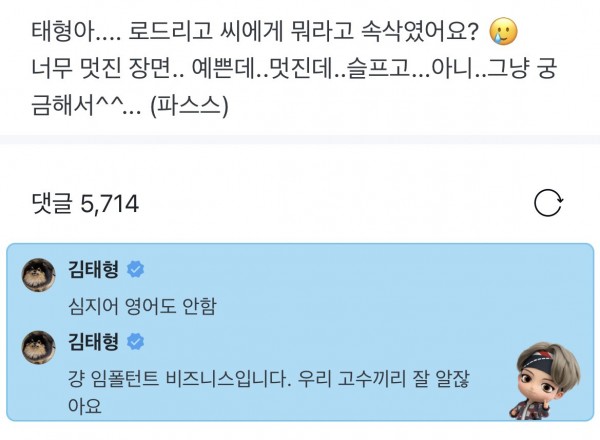 But amid the memes, ARMYs couldn’t help but be curious as to what V actually whispered to Olivia Rodrigo. Fans then took to the fan community platform, Weverse, to ask the idol himself.

One fan asked V, “Taehyung-ah…. What did you whisper to Rodrigo-ssi?”

To this, V responded by saying, “Just that it is important business. Us aces know it well, right. It wasn’t even English.”

He later revealed in a similar question that he also didn’t speak Korean, making fans confused as to what language he used.

However, V may have also been joking, as he later gave different answers to the same question by fans. On some, he would answer that he doesn’t recall what he said. While on others he would tease fellow BTS member RM, saying “‘RM doesn’t need a drivers’ license.’ This is what I said,” or that he told Olivia Rodrigo that she “has to act surprised now.”

Needless to say, the mystery of what he actually whispered to the singer still remains.

Did You Know? BLACKPINK Jennie’s Name Has a Surprising Connection With ‘Squid Game’