Fans are concerned for their safety.

BTS recently held the online concert, “PERMISSION TO DANCE ON STAGE,” where ARMYs worldwide tuned into the grandiose performance that took place in the empty Olympic Stadium in Seoul.

However, immediately following the performance, fans took to Twitter to voice their concerns about ill-fitting shoes the members were seen wearing during the show.

Specifically, during the middle segment of the concert, they changed into new outfits for “Life Goes On,” “Boy With Luv,” “Dynamite,” and “Butter.” Jin and J-Hope sported clearly visible oversized shoes with a large gap from their foot to the back of the shoe.

This is not the first time the stylists have been criticized for their lack of attention to detail. During their TIME Magazine photoshoot, the members can be seen in poorly-sized outfits.

Both the shoes and various articles of clothing were not the proper size as shown by V‘s shoes and Suga‘s pants.

Additionally, at award shows including the 35th Golden Disc Awards, fans were concerned that their outfits are not mended to fit their specific bodies and instead remained unaltered.

While wearing ill-fitting clothes during photoshoots and red carpets is a matter of aesthetics, performing at a concert in the wrong size shoe can potentially cause discomfort and even injury.

The topic trended on a Korean forum where fans voiced their frustration over the matter that can be easily solved with proper styling. 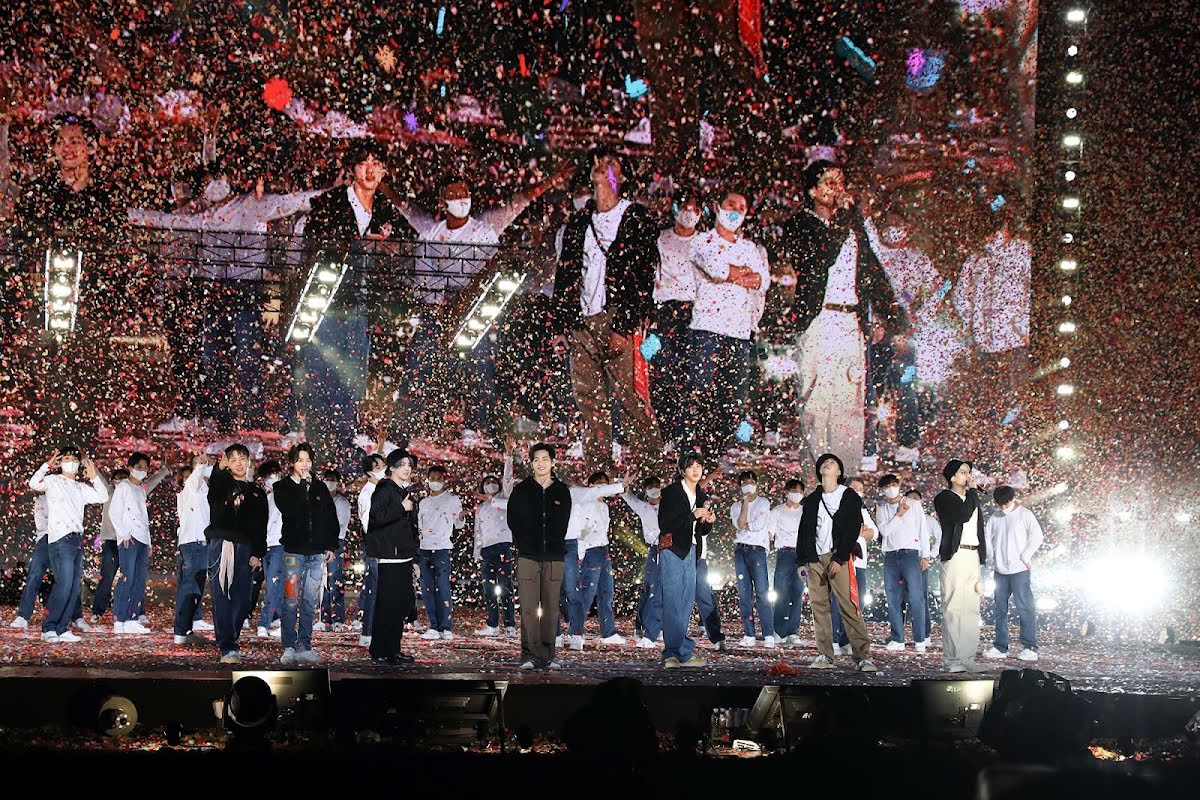 ARMYs hope the continuous issue can be resolved to ensure the health and safety of the BTS members.