Did she regret joining the show? Keep on reading to know!

On the latest TMI News broadcast, which aired on September 15, Lee Chaeyeon appeared as a special guest reporter, along with rapper GREE.

In the show, the MCs and guests revealed the Top 8 stars with celebrity relatives and family members.

In context, GREE is the son of comedian Kim Gu Ra, while Lee Chaeyeon is the sister of ITZY Lee Chaeryeong.

In particular, the show initially targeted professional dancers, but it attracted more attention after Lee Chaeyeon, who is an idol dancer, joined the reality program.

The MCs began the topic by asking about her fourth survival show, curious about her thoughts.

Lee Chaeyeon answered, “I have this appearance-resistant style personality. People think that I am weak, but I am in fact, have a strong mentality.” 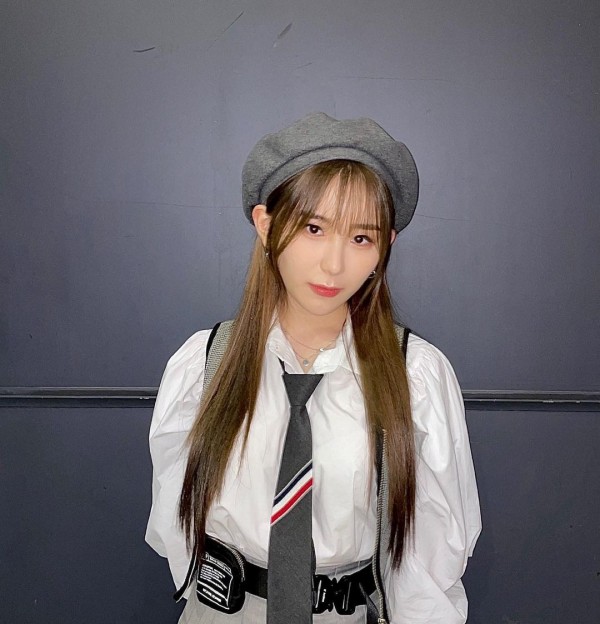 When asked about being pointed out as the “weakest” participant in the show where she also cried, Lee Chaeyeon admitted her real feelings at that time.

She responded, “I didn’t even dive myself in the dancer scene. In the beginning, there was a prejudice that I was an idol.”

However, regarding the treatment that she’s now getting from the other dancers, Chaeyeon clarified, “But now, we are filming in a warm atmosphere.”

The WANT crew member then attested their win, saying, “Our team has a high number of views. We are aiming at the championship and are continuously practicing.”

In addition to them, SNSD Sooyoung will also appear in the dance video of the HOOK crew.

In response, some viewers pointed out that this is an unfair “cheat key.” This is because the number of video views and likes is an important indicator of the crew’s victory or defeat.

Some also responded, “I heard it’s a festival only for dancers, but isn’t the talk of the town taking it as an idol?” and, “I understand the level of support, but it’s an unfair play since groups with appearances of idols will have more number of views.”

“The reason I was with idol friends is that if dancers were always active as the backup of singers/idols, I wanted to create a stage regardless of the singer and backup,” adding, “In the end, I wanted to convey that there was no wall between dancers and singers to create a great stage.”

Did BTS RM and TWICE Nayeon High-Five? This Is What Happened

Where is KARA Now? What Have the ‘Mister’ Hitmakers’ Been Up to?