It comes with the release of new wedding photos!

On March 31, netizens worldwide came together to celebrate the marriage of Hyun Bin and Son Ye Jin. They broke the internet earlier in the year when the couple, whose chemistry was first noticed during Crash Landing On You, announced that they were getting married.

Although it has been a few weeks since the ceremony, it seems like a day doesn’t go by without more information and content being shared about the beautiful event. In particular, on April 11 (KST), netizens were excited to see new and official pictures from the ceremony.

In the images, netizens got a close-up look at the happy couple during their ceremony. Netizens especially couldn’t get over seeing Son Ye Jin’s outfits up close and personal.

However, if that wasn’t enough, April 11 also marked the day that Korean media reported the duo would be going on their honeymoon. According to the media, Hyun Bin and Son Ye Jin are supposedly traveling to America for their honeymoon.

Of course, whenever Korean celebrities are set to travel anywhere, the media is there to catch it. The happy couple made their way to Incheon airport to start their honeymoon. Hyun Bin was the first to arrive, greeting the cameras and waving at them.

Son Ye Jin was next, looking absolutely beautiful in a pair of light blue jeans and a white blazer and shirt.

Although they didn’t arrive together, netizens couldn’t get over the fact that they had color-coordinated their outfits. 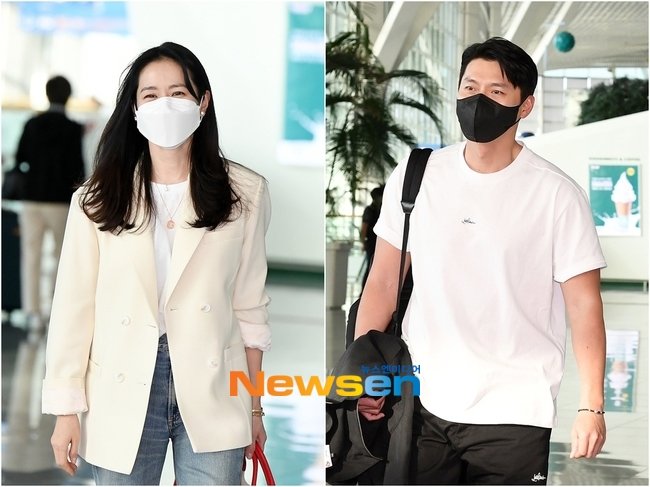 It might have seemed like a small detail, but it was more than enough to send the internet into meltdown.

Luckily, the cameras managed to catch the happy couple in the airport together, and they definitely radiated the energy of a newly married couple. Not only was Hyun Bin carrying Son Ye Jin’s bag… 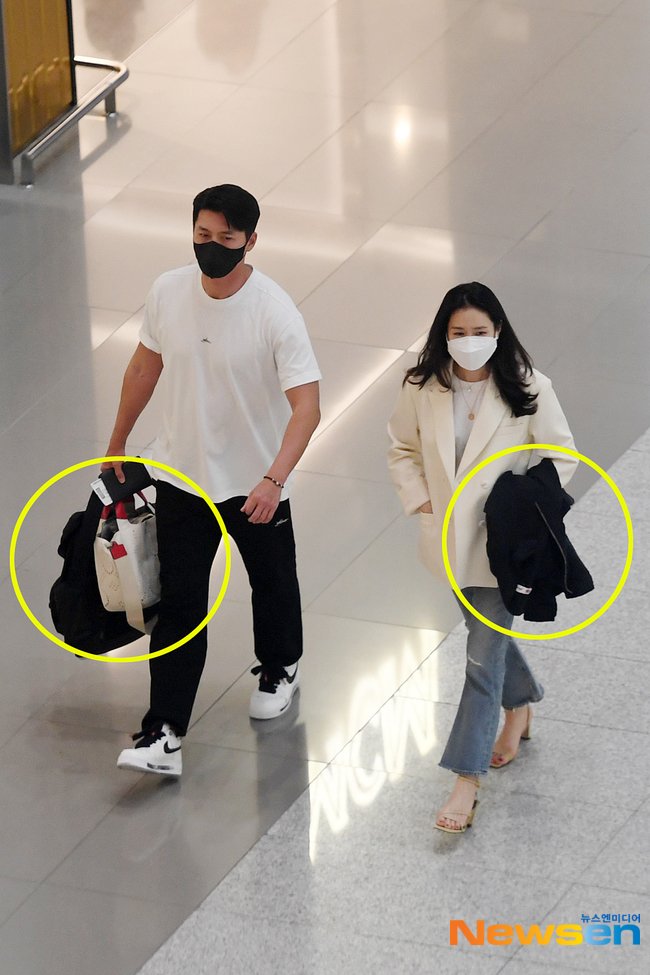 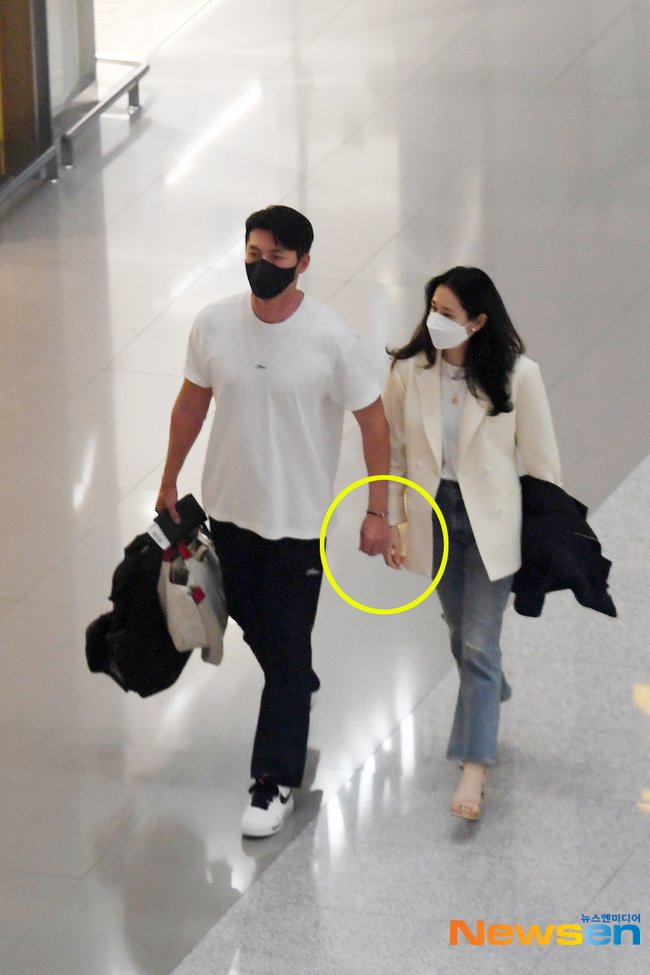 But the two seemed so content walking around the airport and enjoying some time together after the craziness that was the wedding.

The fact that they are allegedly heading to America for their honeymoon has also caught the attention of netizens. Back in 2019, the rumors that the two were dating were sparked after they were seen together in a supermarket in America.

Let’s be real.
There is a difference between:

“Son Yejin heard that Hyun Bin was also traveling, so they spontaneously decided to meet and went grocery shopping together.“

“There’s no value in even replying to this.”

Don’t tell me they met up. NPNT. pic.twitter.com/JOPL2jyLsr

Considering it might have been the place where their relationship started, it is a beautiful way to start the next stage of their lives as a married couple!

You can read more about their romantic wedding day below.

Kris Wu vs. Du Meizhu — The Full Timeline Of Events That Has Taken Over Chinese And International Media