IU Reveals She Wants to Cry Everyday Recently — This is Why

K-pop soloist IU revealed she has wants to cry everyday recently. Want to know why? Then keep on reading!

Why Does IU Want to Cry Everyday Recently?

On October 19, IU uploaded a new video to her YouTube channel, titled “the National Weather Service said that the ‘strawberry moon’ rises today.”

The video follows IU during the filming of her most recent comeback, Strawberry Moon. At the start of the video, IU talked about her hair.

The person holding the camera revealed there was a rumor about IU getting a bob cut. IU appeared shocked by this, saying that there is no suck rumor and the anti-bob cut sector of her fanbase might go through a rampage.

However, she revealed she had actually planned to cut her hair for a scene in the music video, but she had second thoughts. Though she thinks she looks good with short hair, the number of styles for her hair would be limited.

IU revealed that her fans are often divided by her hair; one half wants her hair to be cut short, while others want her to keep it long.

IU states that she started growing her hair out since Love Poem. Since then, the idol has dyed her hair blue and light purple for her comebacks.

When she shot Booker, IU had to perm her hair. Due to the amount of heat and dye she had to go through, her hair was significantly damaged, with IU saying, “I literally can’t revive this hair anymore.“

She could not use any hair treatments for a year. As she washes her hair, IU would cry every night. She also cries while drying her hair every night. “My arms are going to fall off… When will this hair dry? Will my hair dry before the Han River dries?“ are some of IU’s musings at night.

See also  aespa Praised for Having Close Bond with Each Other

IU then revealed that her hair right now is very stiff. As she thinks about her hair, IU then pretends to sob and covers her face. She then told the camera that she can no longer talk about it as the very thought makes her sad.

On October 19, IU released the single Strawberry Moon. The song is reminiscent of a fairy tale, with its soft piano melody and IU’s gentle voice. Lyrically, Stawberry Moon conveys the feelings of warm comfort during a romantic relationship. Strawberry Moon was written and composed by IU, with Jonghoon Lee and Lee Chae Gyu helping produce the track. 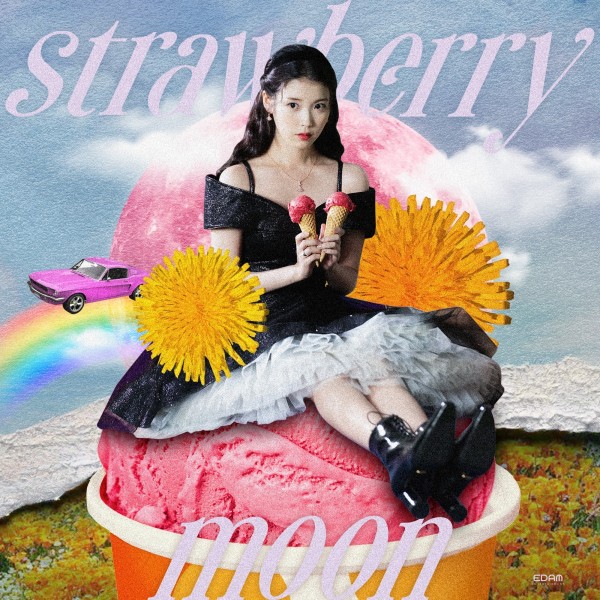