Red Velvet member Joy’s real personality has been revealed by staff members and producers she has worked with. Keep on reading for all the details.

Recently, a post on Nate Pann titled “Red Velvet Joy’s personality” started trending on social media. In the post, testimonies from producers, staff members, broadcast writers and more were shared from when they met Joy.

One post was from a fan revealed that she had initially asked for an autograph. However, Joy offered to take a selfie with her and was very active in communicating with the fan. 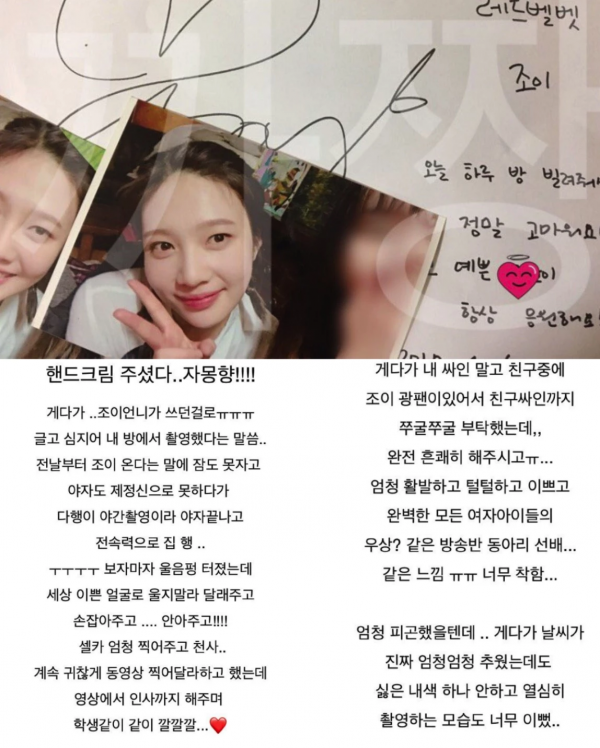 Staff members revealed that Joy would give gifts on set. One staff member revealed she received hand cream as a gift. Another stated that Joy had given skincare sets to the staff members after filming. After hearing this, someone commented that they hoped they could work with her for an entertainment show.

Joy herself has shared a testimony on her Instagram in the past. The producer of “Handsome Tigers” had message her on KakaoTalk and revealed how Joy helped him a lot in the show. He revealed that Joy played a significant role in the show. He wished that he could have painted Joy in a better picture in the show. 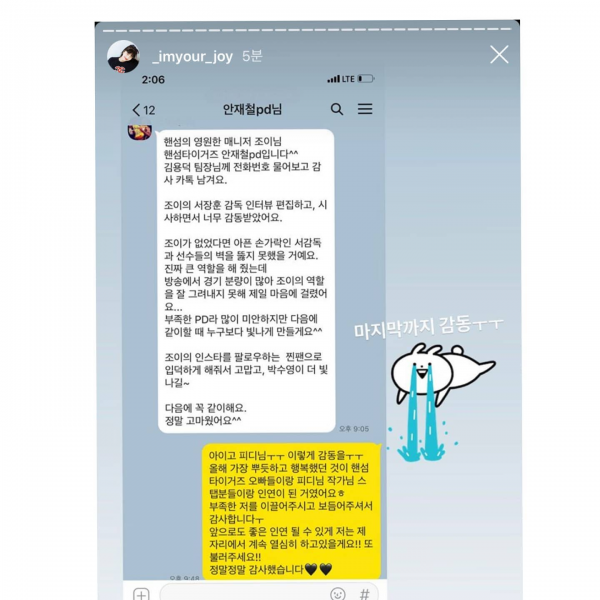 He apologized for not being a good producer on the show. He promised that he would make her shine more in the next show they work on together. He reveals he became a big fan of Joy and her Instagram. He hopes she will shine more in the future.

The “Handsome Tigers” Instagram page also shared a photo of Joy gifting the staff and cast members gifts while on set. The post praised Joy for being sweet and taking care of the staff members well. 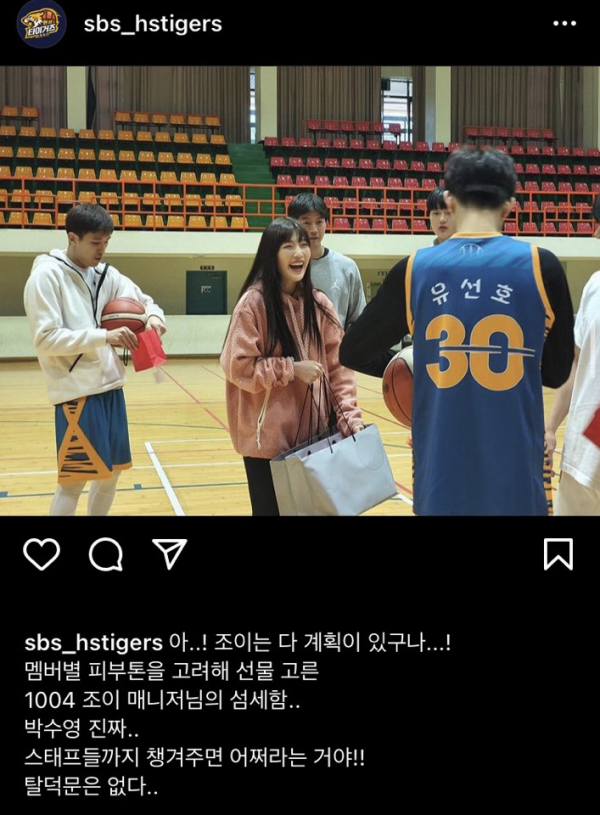 We can see that Joy is a kind-hearted and caring person with these testimonies. Many are using these posts to squash the rumors that Joy has “celebrity disease.” She was recently accused of being rude to airline staff.

On March 21, Red Velvet released the album “The ReVe Festival 2022 — Feel My Rhythm” and its lead single, “Feel My Rhythm.”

In South Korea, “Feel My Rhythm” debuted at number three on the Gaon Digital Chart and number 21 on the Billboard K-Pop Hot 100.

TWICE Chaeyoung Relationship: Here’s Why She Was Rumored to be Dating Tattoo Artist Chim Hwasa

Super Junior Becomes the Only K-pop Artist to Rank No. 1 on Taiwan’s KKBOX Music Chart for Hundreds of Weeks