During Jimin’s recent trip to Jeju Island, one restaurant owner took to their social media to reveal the idol’s true personality off-schedule.

On January 11, KST, a screenshot of an Instagram post has been making its rounds among BTS fans, collectively known as ARMY, after a restaurant owner who runs their own business in Jeju Island recently shared their experience of meeting BTS member Jimin.

According to the screenshot of the Instagram post that has been circulating, user moonsso1942 shared a picture of an autograph they received from Jimin during the idol’s recent visit to Jeju Island for a personal trip. 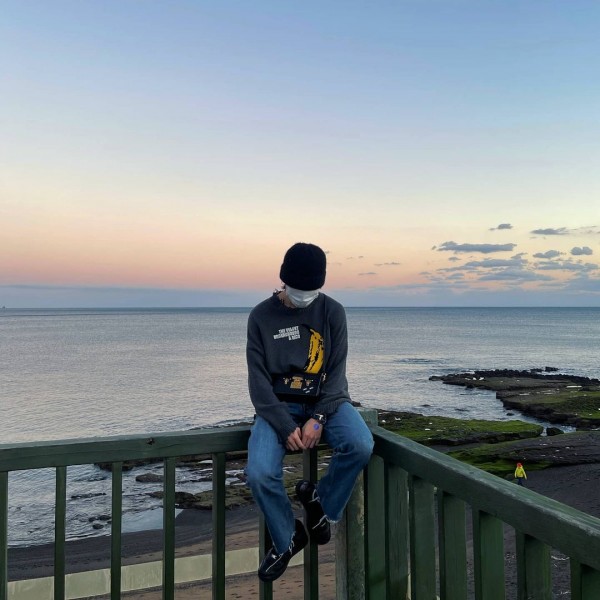 Along with the picture, the restaurant owner explained what happened in the caption. “Last December, BTS’ Jimin made a visit to our restaurant. Because he told me that he will be staying in Jeju Island for a while more, I decided to share this later in order to avoid causing him any inconvenience,” the restaurant owner said.

The restaurant owner also expressed their gratitude to the idol for visiting them, and wishes Jimin the best. “Thank you for visiting us, and I will continue to wish for all the best for Jimin and BTS,” they added. 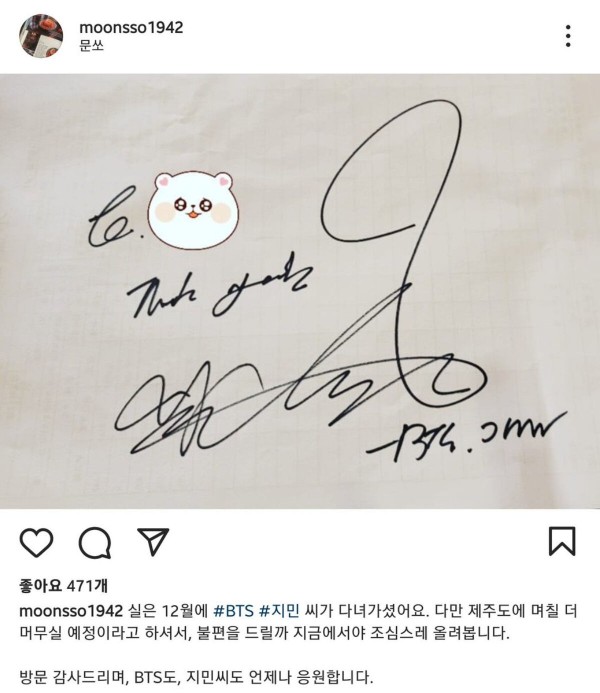 A few days later, another screenshot began circulating, which featured one fan sharing a message that they had received from the restaurant owner that details Jimin’s recent visit.

In the screenshot shared, the restaurant owner revealed the “Butter” singer’s true personality and had nothing but praise for the idol.

“He came and ate at table No. 3 of our restaurant. Many celebrities have also visited last year, but Jimin was the kindest, most considerate, and well-mannered among them. All of our staff members were so moved by him,” the message read. 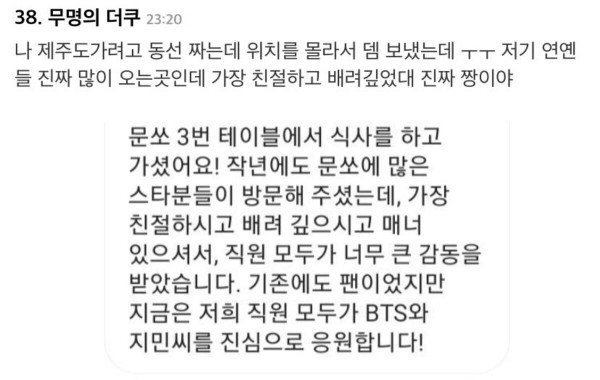 Seeing this, fans couldn’t help but also praise Jimin and his personality. However, the restaurant owner is also receiving praise for deciding to share their experience with the global superstar after Jimin had concluded his private schedule and left Jeju Island.

Meanwhile, following the successful conclusion of BTS’ activities and schedules in the United States, each of the members went on a short vacation. While Jimin, Jin, and Jungkook returned to South Korea after their “Permission to Dance On Stage” concert, RM, V, Suga, and J-Hope spent personal time in the United States.

In other news, BTS hit a new milestone on the major streaming platform, Spotify, as they surpassed 45 million monthly listeners back on January 8.

This means that BTS gained more than 96,000 monthly listeners this month, and have become the first-ever Korean artists to hit such a milestone.

Kris Wu Detained By Police On Suspicions Of Rape