TWICE member Sana is being applauded for her professional attitude following a technical difficulty during the group’s Seoul concert. Keep on reading for all the details.

TWICE earned themselves a reputation thanks to their professional attitude every time they stop on stage to perform. Regardless of the circumstances, the JYP Entertainment girl group always maintains a bright smile and happy expressions, allowing the viewers to enjoy their performance with a positive atmosphere.

Recently, during TWICE’s Seoul concert on December 26, Sana earned praise for her professional attitude. When TWICE performed “SCIENTIST,” the idol experienced a problem with her microphone. She did not appear for the performance’s first half because she had to run backstage to change her microphone.

Sana stepped on stage to catch up with the rest of her members’ performances in the middle of the song. She was seen with a hand-held microphone as she performed. The Japanese idol earned praise for her professional attitude, as she still smiled happily while performing. She was also able to pull off the choreography despite holding a microphone.

ONCEs (TWICE’s fanbase) always expressed pride when Sana appeared with a hand-held microphone, stating that it proves TWICE sang completely live during their concert. In the past, TWICE was criticized for lipsyncing during events. Now, TWICE has greatly improved their live singing ability, constantly bettering themselves and showing a better image in the eyes of their fans.

Some comments concerning Sana’s technical difficulty include, “Sana is a professional. She held the mic, danced and sang well,” “TWICE sand 28 songs continuously at the concert. The TWICE members put a lot of effort into this tour,” “Despite having a problem and missing more than half of the stage, Sana still came and slayed,” and “She is truly a queen.”

On December 25 and 26, TWICE held the first two dates for the fourth world tour, “III,” in Seoul, South Korea. 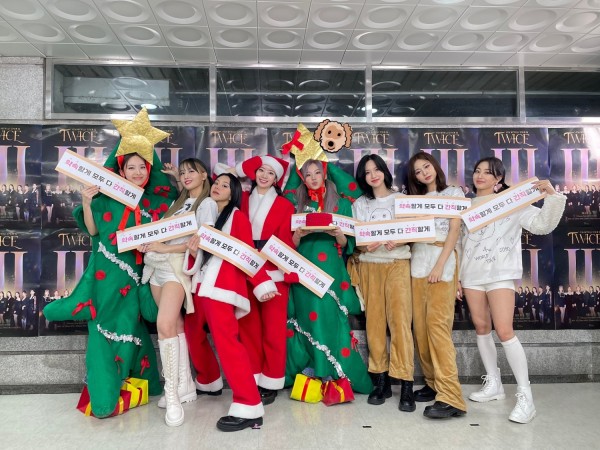 On December 15, TWICE released the physical version of their ninth Japanese single, “Doughnut,” in Japan. The song was released digitally on December 3, with a music video shared on YouTube.