TWICE draws worry after the members appear exhausted as they film The Feels music video. Keep on reading for all the details.

TWICE Appears Exhausted During Filming of ‘The Feels’ Music Video

On October 1, TWICE released the music video for their English-language single The Feels. The release was highly successful for TWICE. The group was able to land their first entry in the Billboard Hot 100, with the single debuting at number 83.

As a result, TWICE became the fourth K-pop idol to enter this prestigious chart, joining the ranks of Wonder Girls, BTS, and BLACKPINK.

To achieve such results, TWICE worked tirelessly, which has led many to worry about the girls and their health. On October 14, JYP Entertainment released their second behind-the-scenes video of the filming of The Feels music video. In the video, there are scenes in which the members are seen exhausted after performing the song’s choreography.

To capture the choreography of The Feels, TWICE recovered numerous times a day. Therefore, by the end of filming, the members appeared exhausted. Momo and Mina were seen staring aimlessly during one of their breaks, appearing exhausted.

The youngest members, Dahyun, Chaeyoung, and Tzuyu, appeared to be extremely tired as well. During one of their breaks after filming the choreography, Dahyun was seen standing with her hands against the wall, trying to catch her breath. Chaeyoung sat down on the ground with a tired look on her face. Tzuyu stood still, also trying to catch her breath.

In the video, Chaeyoung revealed that she even ate red ginseng that day but was still extremely exhausted.

Realizing that the energy in the set was going down, Mina decided to take matters into her own hands and performed a funny and lovely dance move by herself. Mina’s sudden cute actions caused her members to laugh. Thanks to the energy Mina gave her members, TWICE was able to continue and complete the recording for their choreography scenes.

Still, seeing TWICE exhausted has stemmed worry for fans. The girl group had a busy year, making three comebacks this year. The girls kickstarted their promotions this year with their Korean comeback Alcohol-Free then had a Japanese comeback with Perfect World. They then released The Feels in October.

TWICE’s promotions are far from over. In November, TWICE will release their third Korean full-length album Formula of Love: O+T=<3 in November and will release a Japanese single in December. 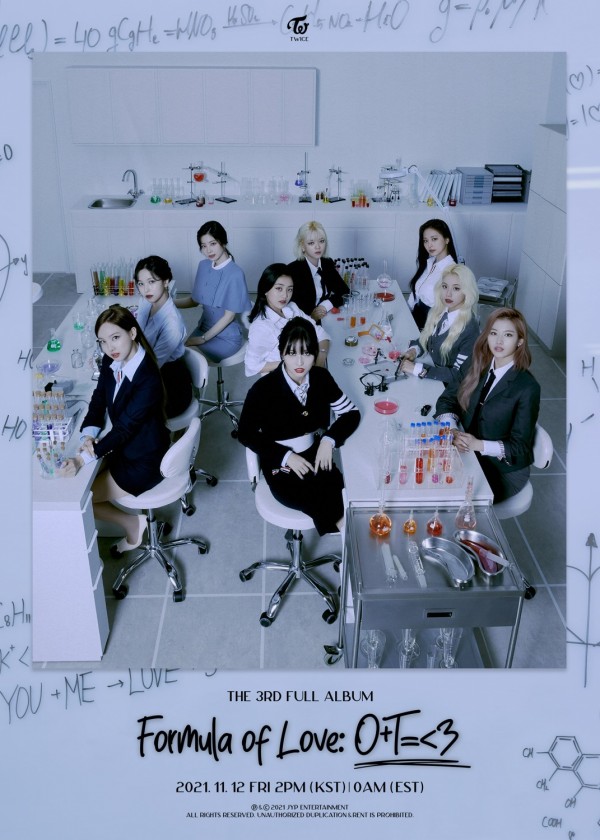 With their packed schedule, people worry that TWICE does not have enough time to rest. Some question if their label is overworking TWICE. Supporters of the girl group ask JYP Entertainment to be more lenient with TWICE’s schedule and make sure they are all healthy before pursuing future activities.